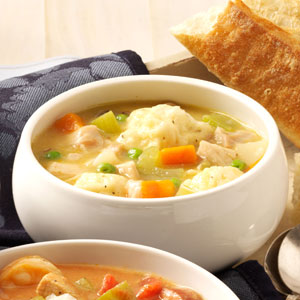 Directions
For the chicken: Put the hen, breast side down, in an 8-quart stockpot and add water to within 2-inches of the top of the pot; this will vary according to the size of your pot, but the hen should float clear of the bottom of the pot and be covered completely. Add the salt and pepper. Bring the water to a boil and reduce the heat to a simmer. Cover the pot and cook for 2 hours, or until the chicken is tender and the drumstick joint twists easily. Allow the chicken and broth to cool slightly, and then remove the hen to a colander.

Strain the broth into a very large bowl. Cover the broth and place in in the refrigerator. When the fat solidifies on the top of the  broth, remove and discard it. Remove the chicken from the bones and cut or shred the meat by hand into small pieces. Set aside 2 cups of the broth and refrigerate or freeze the rest for another use. (Leftover broth may also be frozen in individual containers to be used another time.)

For the dumplings: Heat 2 quarts of the defatted chicken broth in a 3-quart saucepan. While it heats, put the flour in a medium bowl. Dissolve 1 teaspoon salt in 3/4 cup water and stir the mixture into the flour to make a stiff dough. Turn the dough out onto a heavily floured surface and knead until smooth, 1 to 2 minutes. Heavily flour a rolling pin and roll out the dough very thin (you can also divide the dough into 4 portions and roll each portion separately, which will give you thinner dumplings). With a very sharp knife or pizza cutter, cut the dough into 2 by 4-inch strips.

Miss Kay’s Recipe for the dumplins’

In the book I have the actual recipe is boiled Squirrel and Dumplins but in the note it states you can use chicken, so when I made this recipe I admit I used how Trisha cooked the chicken which would be how it starts in Miss Kay’s book for the squirrel, but after cooking the meat they add 1 can evaporated milk and 4 tablespoons of butt and leave to simmer as you make the dumplins (I did not do this but I will probably try this next time, I thin it would only add to its awesomeness…)

In a large mixing  bowl, sift together the flour, baking powder and salt and baking soda. With a pastry blender ot two knives scissor fashion, cut in the shortening until the mixture resembles coarse crumbs. Add the buttermilk a little at a time, stirring until a soft dough forms, about like the consistency of biscuit dough. Divide the dough into 4 balls.

Sprinkle the counter with flour. Roll each ball of dough to 1/8 to 1/4 inch thick, adding more flour as needed to prevent it from sticking. Cut into the large squares.

Return the broth to a boil. Make sure there is enough in the pot to fill at least half the pot. IF not add more water or chicken broth.

Drop the dumplings into the boiling broth a hand-ful at a time. When they are all in, turn the heat to lover cover the pot and simmer for 15 minutes.

Turn off heat. Out the meat back in the pot and let it sit until hot again. 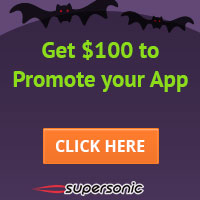